Pinball in Montreal. Amusement 2000 Plus

My girlfriend and I recently celebrated our 2 year anniversary by spending some of her winter break in Montreal.  Because we knew that the weather was atrociously cold, we imagined that we would be spending a lot of time indoors.  Reading, going to museums, you know, vacation stuff.  Never one to step foot in a new city without doing my homework, though, I did a cursory look at what pinball might be around, and I found two machines at Amusement 2000 Plus in downtown Montreal, right on St Catherine!!  I have gone up and down that street so many times, but I could not remember AT ALL ever seeing an arcade. 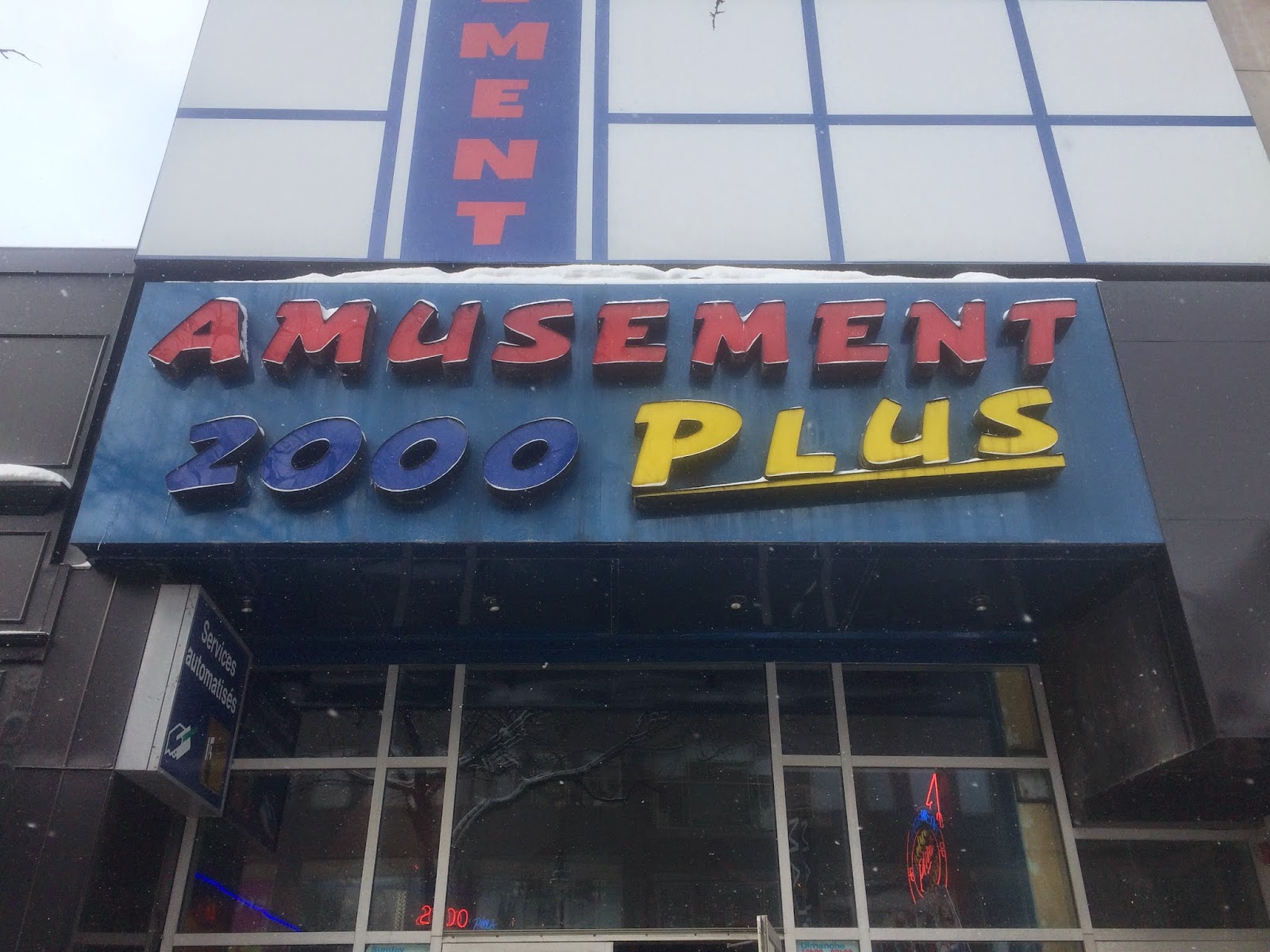 I called 2000+ and they said that they had Metallica and ACDC, both LEs.  I have not gotten a lot of play time on either machine, so I was pretty pumped. 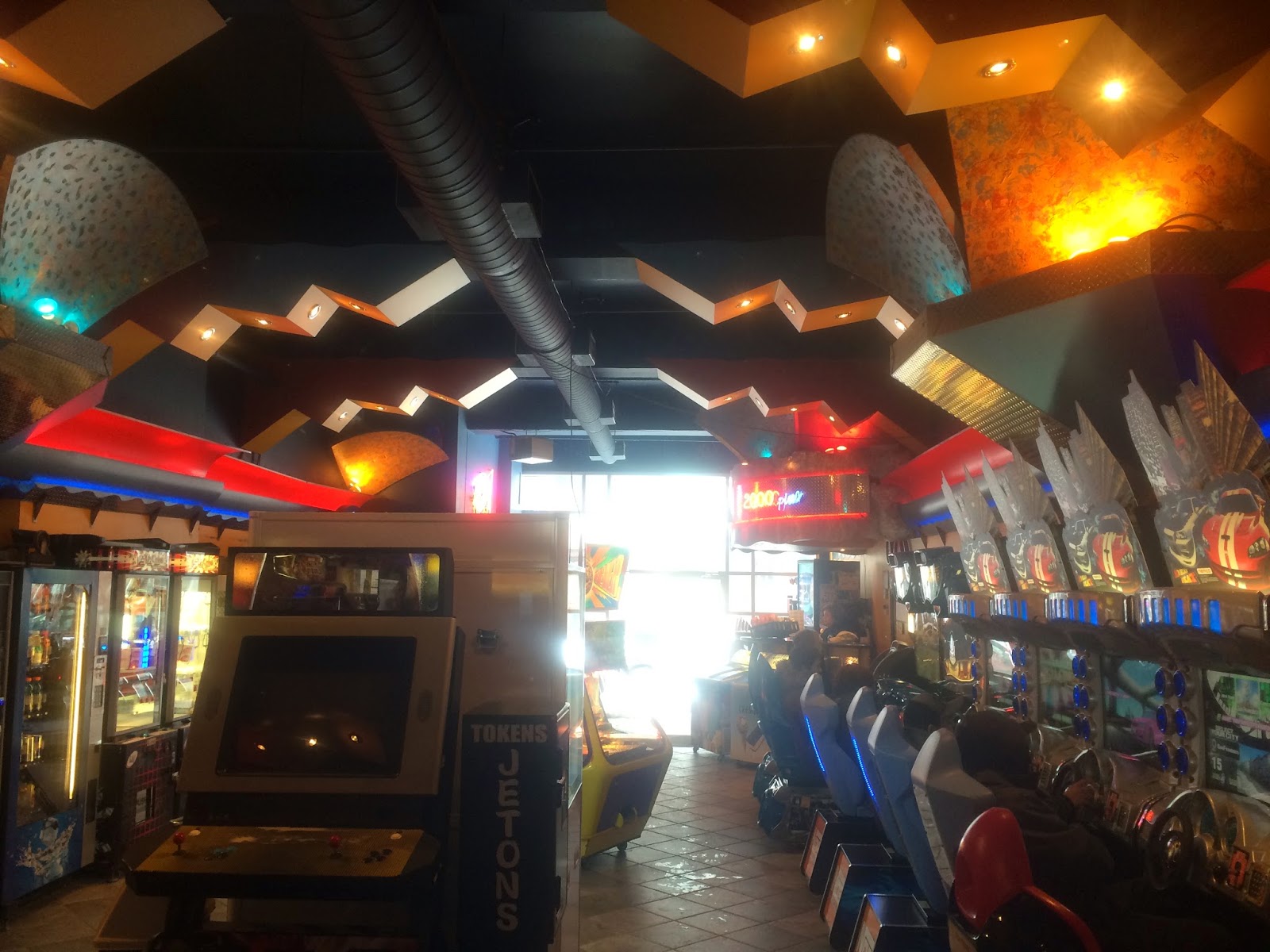 The best part of 2000+ was how it looked!  I used to go to Aladdin's Castle when I was a kid and 2000+ reminded me SO MUCH of it!  The colors were bright, the lights were blazing, and the architecture was bonkers. 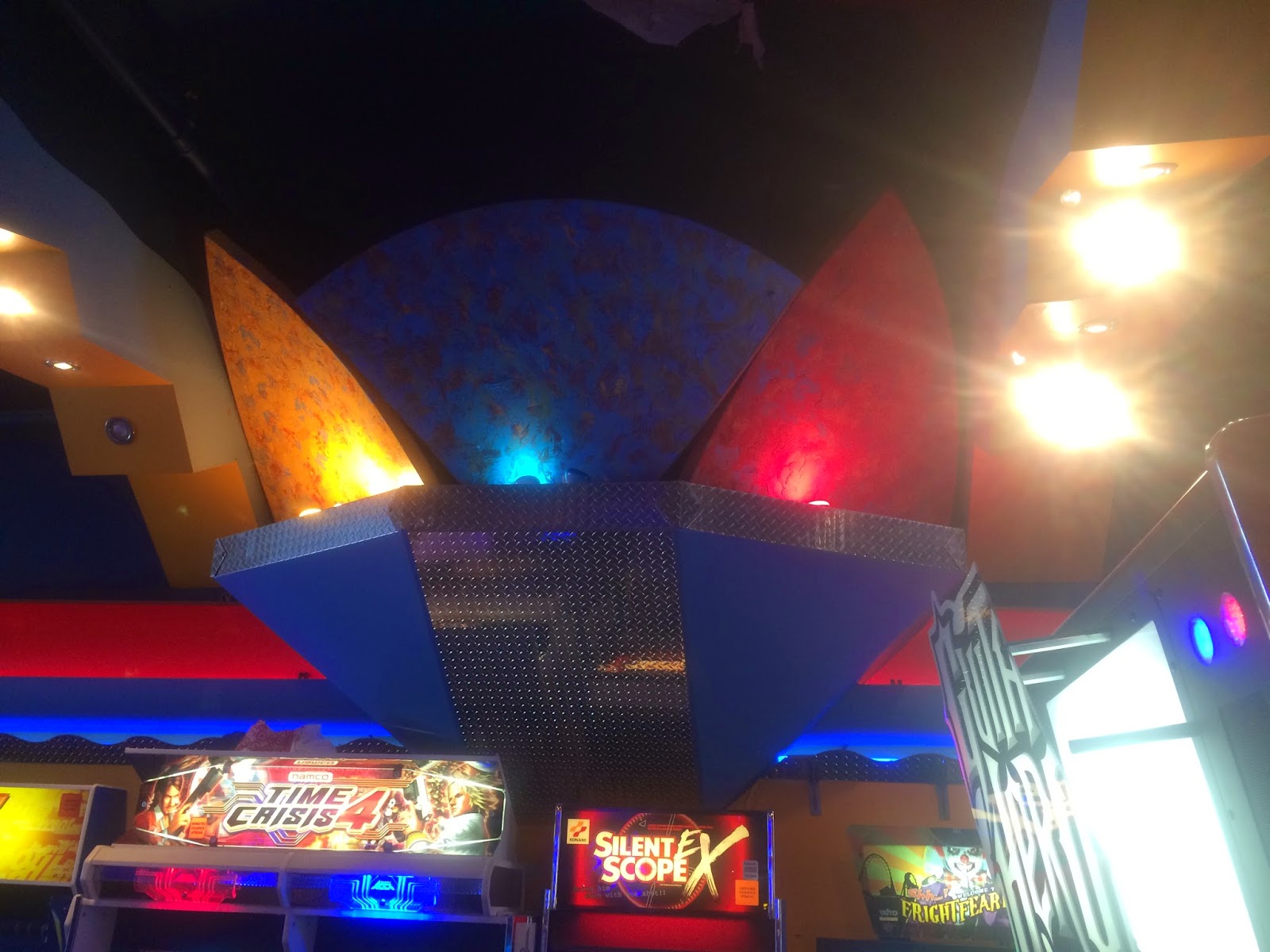 Sadly, the Metallica was out of order, so all I got was a couple of games on the ACDC.  My first game didn't go well, and I just flailed about.  The second game was amazing, and I really lit up the board, getting a replay on my first ball.  When everything was done, I had gotten around 65 million, which is maybe the highest I've ever gotten on a Stern game. The highlight was during a multiball where I (on purpose!!) managed to get all four balls on the right flipper.  "Tess!!!  Tess!!  Get your camera!  Get a photo of this!  I'm doing it!!" 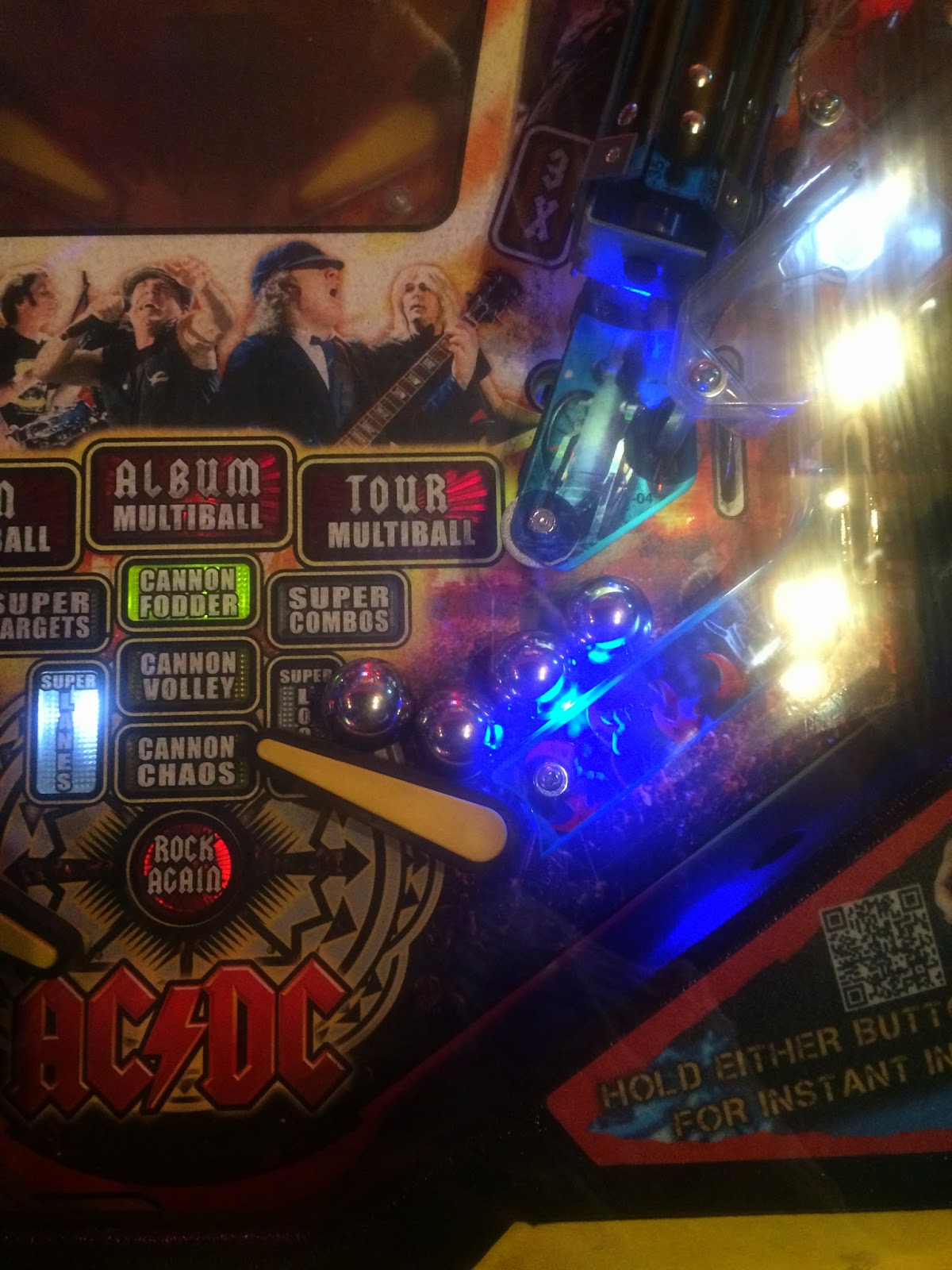 Pinball dynamo Bowen Kerins had the high score on the machine, and it felt cool to be playing a machine that had felt his metered and masterful touch!  Overall, the ACDC was in great repair, and 2000+ was clean, maintained a moderate noise level, and was a total joy to play in.  Next time I'm in Montreal, I'll make sure to stop in again.
Posted by Jon Chad at 9:00 AM No comments:

I stumbled on this video last month and COMPLETELY forgot to post it here.  It's a really great video that goes into the collaboration between pinball designer and artist.  The art that Justin Packer is putting out is AMAZING and I hope that I can see the machine they are working on up close and personal SOON!!  Link HERE!