It's a no-brainer that now that I'm cued into pinball, I always keep my eyes open for whenever a machine pops up in a TV show.  Recently, I've been obsessed with Gilmore Girls.  I had thought that I knew every square inch of the tiny CT town, Star's Hallow, but at some point in season...5?...there was a scene that took place in an arcade!  Let's see what they've got! 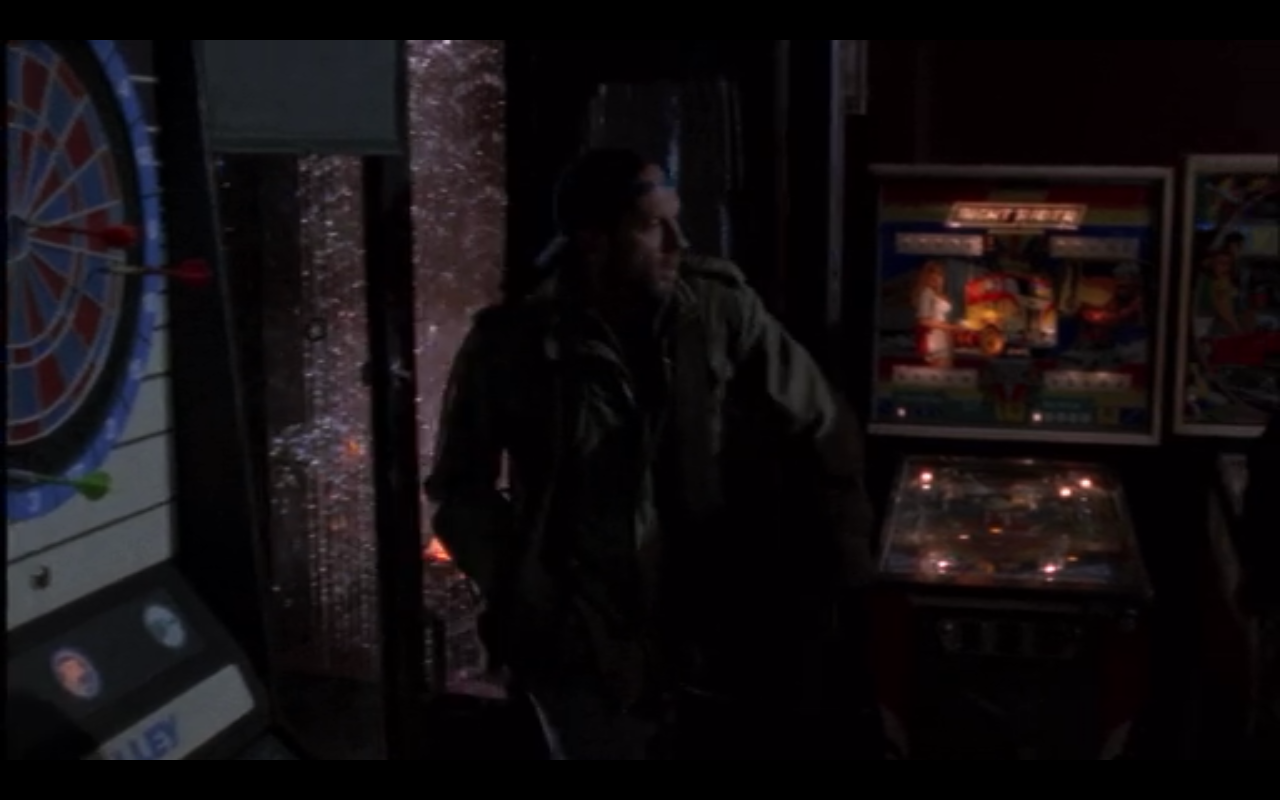 Alright!  Pinball!  A Night Rider machine. For the life of me, I can't figure out what the machine just to the right of it is.  The character pictured (Luke) keeps on passing in front of the camera at the PERFECT point to obscure my view. 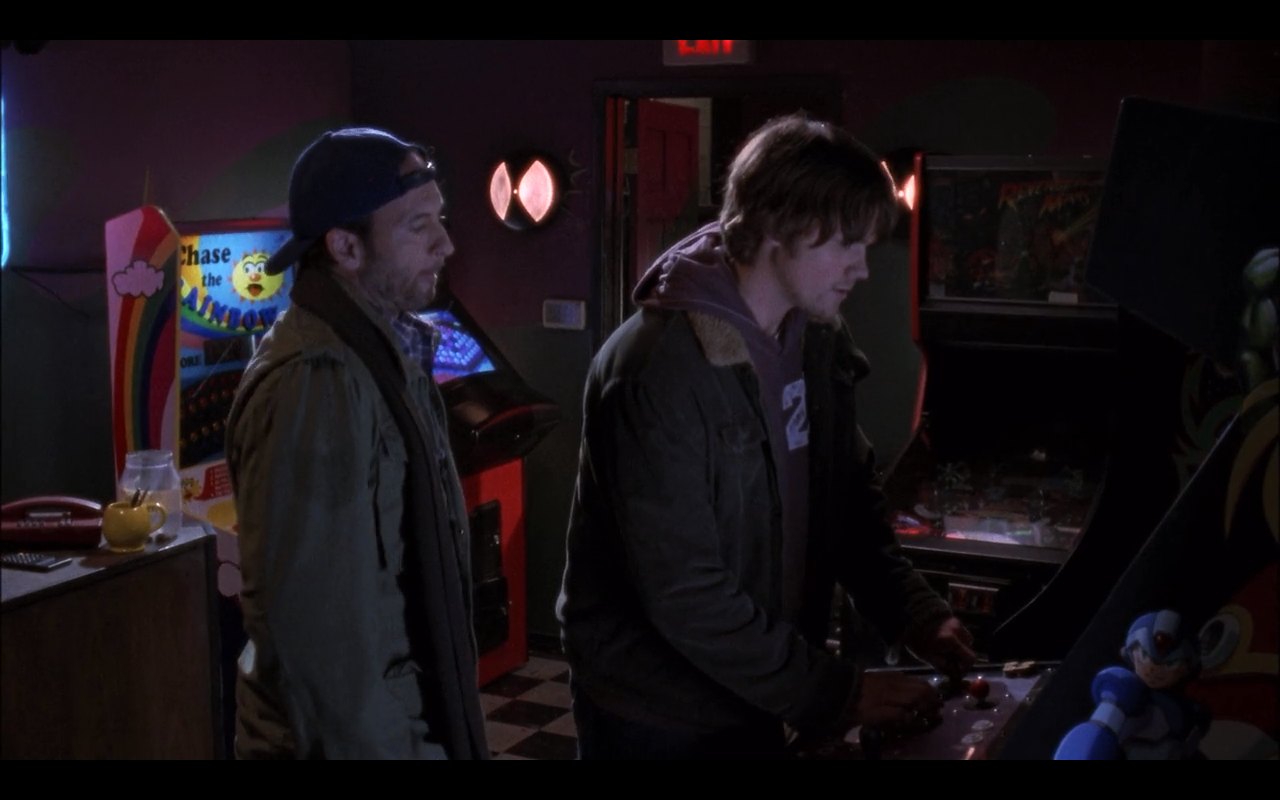 Cool!  A Revenge from Mars machine!  Hmmmm, it doesn't seem to be working, though.  Someone should call the operator.  Between those three pins, "Chase the Rainbow" (!?!?!), a Galaga machine, and a couple other assorted video game cabinets, Star's Hallow has a pretty good arcade going!  My biggest question is with the machine that the character is playing in the image to the left.  The art on the side is, without a doubt, from the Megaman X series (a video game series that was for the Super Nintendo).  I'm really curious as to what that cabinet is from.  I've been doing some research, and I can't find any evidence that there has been a cabinet version of any of the Megaman X games.  Maybe it's a cabinet just running an emulator? 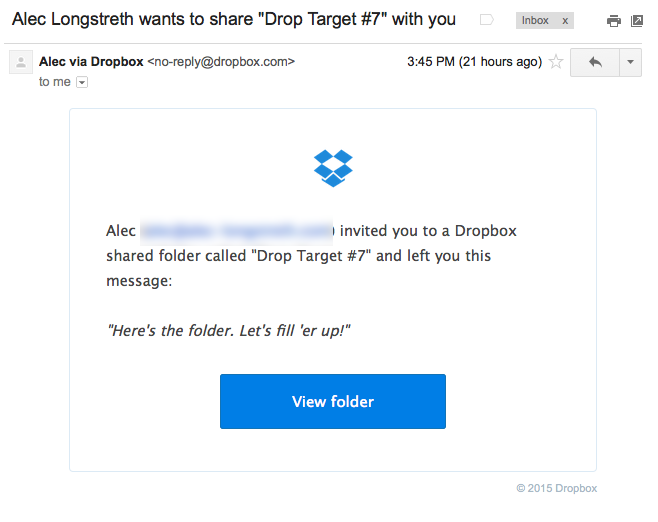 Very excited to start working on DTZ#7.  At the beginning, Alec and I share a blank folder and start filling it up.  I always have the thought, "oh, this should be easy!  Every issue gets easier than the last, right?'  Spoiler, the answer is no.

This issue is going to be a blast!  We have a lot of rad stuff planned!
Posted by Jon Chad at 1:35 PM 2 comments:

Link: Pinball in the Movies

I stumbled on this site a while ago, and I realized that not everyone might be clued into its greatness.  This is Pinball in the Movies, a subsection of the Pingeek.com site.  Here, there is a list, gathered from 2001 of the appearances that pinball makes in various movies.  The attention to detail is awesome.  There are some movies like Jurassic Park 3, where a pinball machine is only featured in a bar, SUPER briefly.  It's listed on the site!  It's really fun to check out!

What have I played?

As this is posting, I should be in Pittsburgh, PA for PAPA 18, and then visiting in the days following with some of my favorite people in the world (Sophie, Carl, Josh, and Joyana!!!).  I queued this up so that we can have uninterrupted service here at Drop Target HQ.  I was in the car with my girlfriend the other day when she asked me, "have you played every pinball machine?"  Of course the answer is a resounding NO, but then she asked, "how many of the, like, top 100 games have you played?"  Hmmm, a more reasonable request.

I went onto IPDB and pulled up the list of top 300 SS machines and started from the top, checking which ones I had played, and which ones I hadn't.  Here's the machines I haven't gotten a chance to play YET!

Now, I want to STRESS that this does not mean that I am a knowledgeable expert, or even competent player at the games that are NOT on this list.  I'm still at the point in my pinball journey that I am discovering what is out there.  That being said, the past couple of times I've gone to Pinball Wizard Arcade in NH, I've spent more time on one or two machines, instead of trying out every machine separately.

(I kept looking past #100 to see if it would be worth going on, but the list of games I had played diminished almost immediately, and we entered unfamiliar territory.  So many games to play!!)
Posted by Jon Chad at 11:06 PM No comments:

A couple of weeks ago, I mentioned Aladdin's Castle in a post, the arcade in my local mall that was part of a chain owned by Bally's.  I have MANY MANY MANY fond memories of that arcade.  It eventually changed into Dream Machine and then left the mall, but I'll always remember going there and playing the TMNT arcade game, the Simpson's game, that bonkers Aerosmith music revolution game...  So, I'm digging through some old affects the other day and I stumble upon THIS: 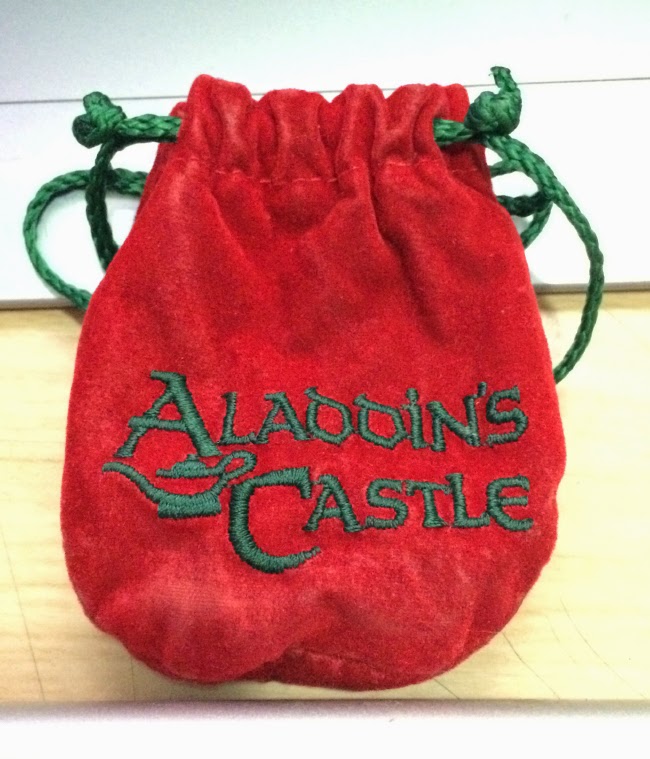 It's the token bag that I used to use for Aladdin's Castle!  AHHHHHH!!!  I was inseparable from this thing as a kid!  I put ZBots in it, Keshi, Tokens, Quarters, you name it!  I'm so happy to have it back in my life again!  I can't wait to take it to PAPA 18 THIS WEEKEND!!!

In a side note, I've tried to save a token from every arcade I've been to, but I CANNOT find my Aladdin's Castle token!  This is a total travesty in the Jon Chad universe.  If anyone has any leads before I take the search to eBay, let me know!!
Posted by Jon Chad at 10:38 PM No comments: 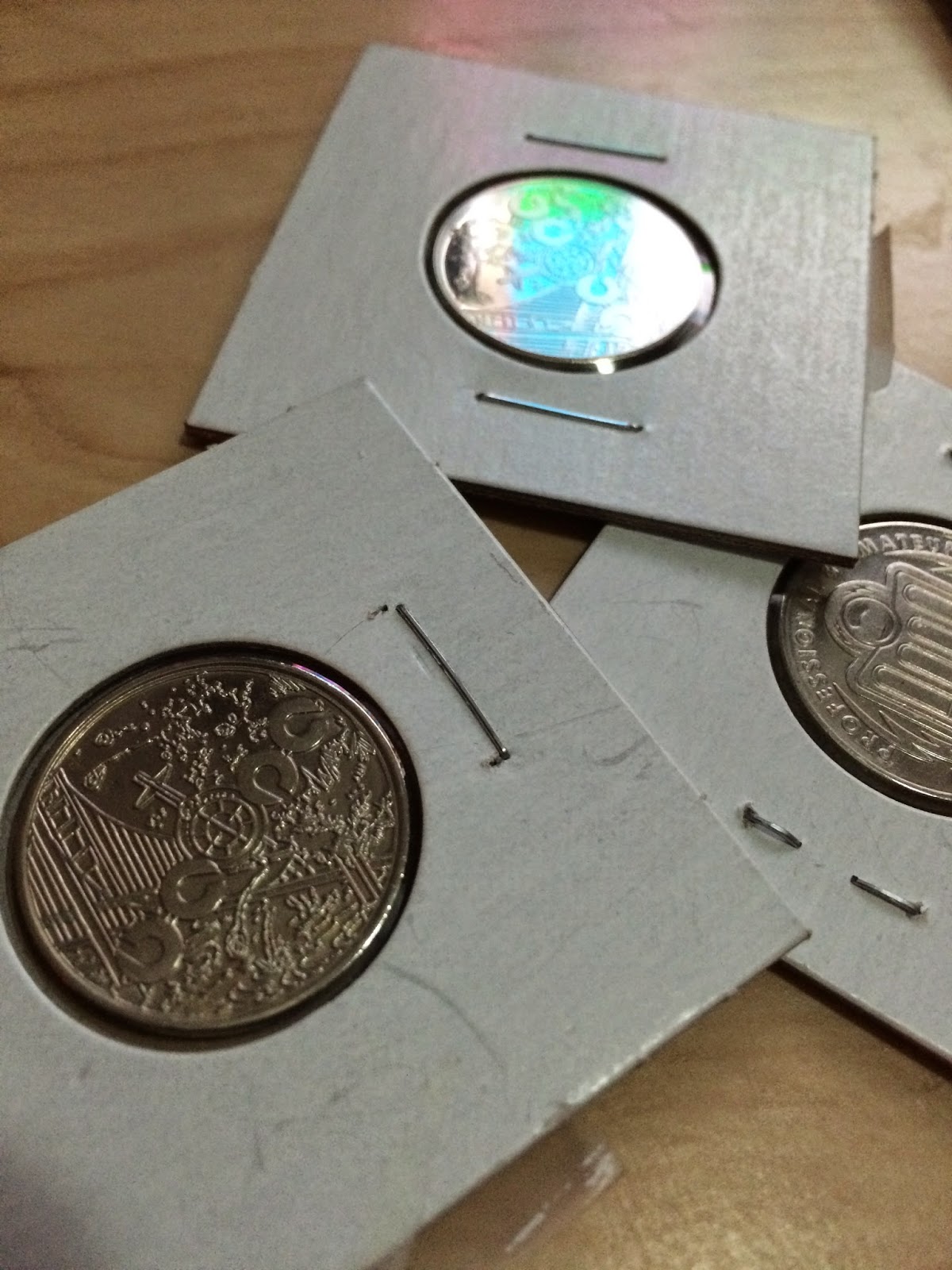 One of the things that I used to love about working at a screen-printing shop, is that you never knew what you were going to be printing on.  You could be doing shirts one day, hockey pucks the next.  It was a great feeling to create so many different objects that human beings use in such wildly different ways.  These day, mostly, I work on books, and objects that are printed on paper, in one form or another.

One exception is the (almost sculptural) minicomic work I've done for BOOM! Studios, and the tokens that I've done for PAPA and BAPA (the Bay Area Pinball Association).  I really enjoyed working on this design, and although I get nervous when something I do, mistakes and all, are literally CAST IN METAL, I think it came out great!

There is something REALLY cool about designing tokens! It makes me feel a connection to the old arcades of old and makes me think of the places I used to haunt, and the machines I used to play.  See the tokens put a smile on my face!
Posted by Jon Chad at 9:00 AM No comments:

I was lucky to get the chance to do the poster for the PAPA 18 tournament, happening this March (11th-15th).  I actually just confirmed that I'm going to be in Pittsburgh starting on the 14th for a couple of days, so I'm going to at least be there for the last day!  I'M SO EXCITED!  When I was asked to do the poster, I was basically given a carte blanche.  I haven't done horror-themed art in a long time, and I have NEVER drawn a zombie (!?!?!) so it seemed like a good match.  Also, The Walking Dead came out :P  In any case, here's the result: 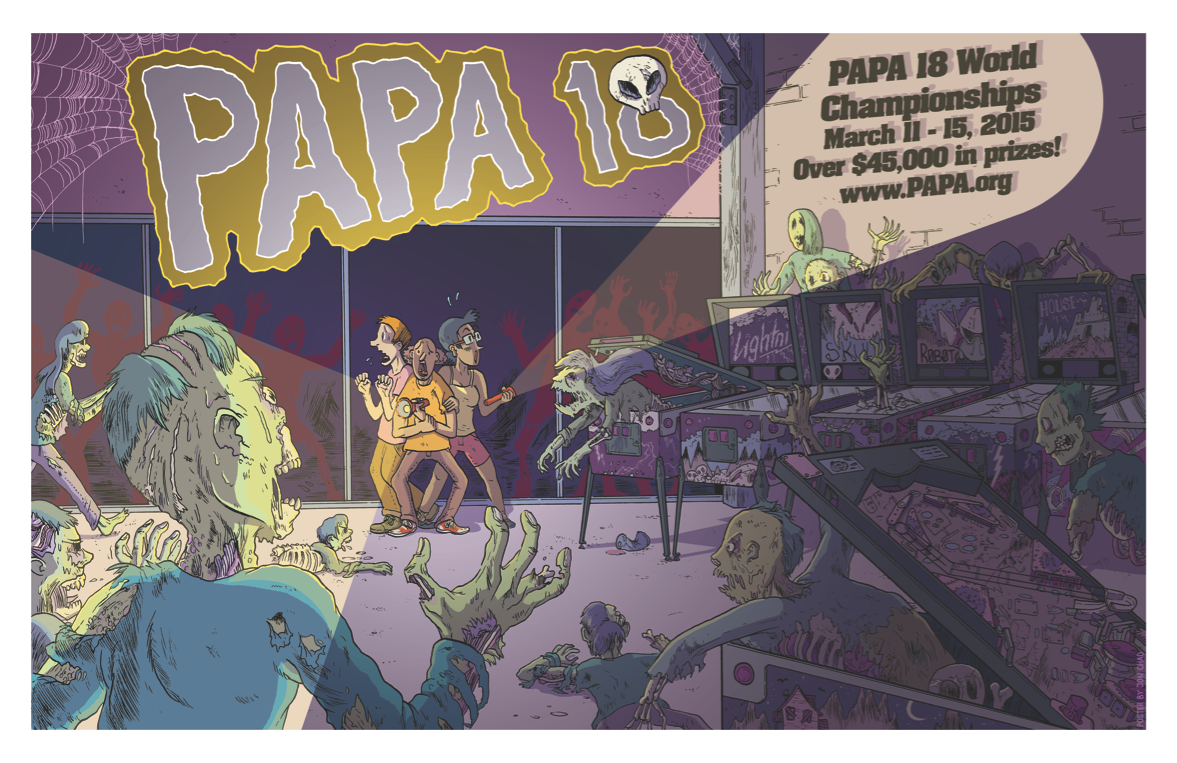