The breath of life! 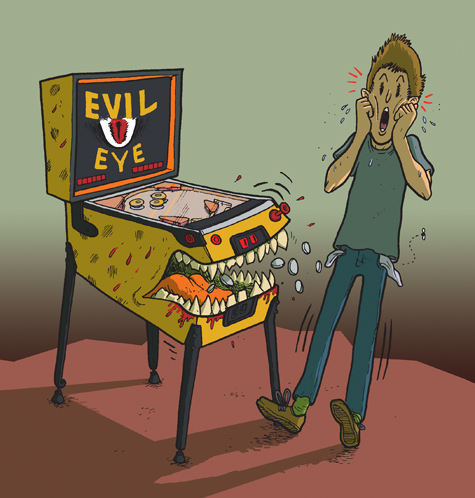 Man, oh man, another horrendous pinball fate that I wouldn't wish on ANYONE; having your quarters eaten by the machine.  Drawing the mouth on the pinball machine was probably the best thing ever.  I thought about having wires, coils, and 555s coming out of its mouth, but with a game named "Evil Eye," there's much more sinister stuff going on under the glass.
So, the big news that I wanted to write about today was that I have brought my Jurassic Park machine back from the grave!
"But Jon Chad?" I hear you cry "I never even knew that the JP machine was down?"

Yes, unfortunately, three weeks ago, I went into the backbox to try and figure out what was causing my game to randomly reset.  It used to happen once in a blue moon, but it had started happening constantly.  I couldn't get through a whole game without it rebooting and running the T Rex diagnosis.  So, I had read on the This Old Pinball Data East guide that one of the common causes of game reboots was contact between the sound board and the metal mounting plate.  I removed the sound board and found nothing wrong.  On further inspection of the boards, though, I found that the CN1 and CN8 power connectors on the Power Supply board were completely fried.  I removed both plugs to inspect the damage.  When I plugged them back in and turned on the machine, the thing went completely dead.  Nothing.  Nada. 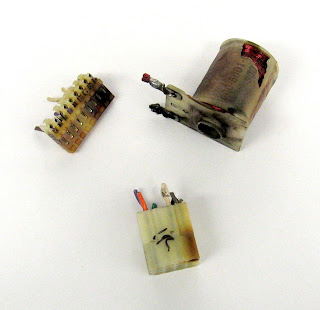 "The culprits."
NO WORRIES, though.  I decided that I needed to rise to the challenge and fix my baby!  I poured my heart and soul into electrical diagrams and figured out how circuit boards work. 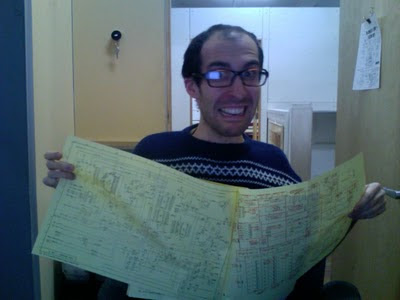 "A genius at work."
So, last Saturday, I very nervously opened up my machine, removed the power supply and CPU boards, and replaced the faulty components.  It was honestly the scariest thing I have ever done in my life.  Well, I was super duper nervous in any case.  After all was said and done, and the machine was put back together, I held my breath as I turned it back on.
IT WORKED PERFECTLY!
There were absolutely no problems with the machine.  No random resets, no sound cutting out, and the T Rex moved its head just like it should; diligently searching for the ball.  I can't tell you how exciting it was to take a machine and breathe life back into it.  I know that there are probably some pinball mechanics out there thinking, "hmph, all that Jon Chad kid did was replace a Molex power connector and a couple transistors?  YAWN.  Par for the course!"  Well, to me, it was the most exhilarating and rewarding thing ever.  I LOVE PINBALL!
Posted by Jon Chad at 8:50 PM