As we close the book on 2012 (thank you for not enveloping us in an apocalytic fireball, btw!), we need to look forward to our future.  The future might seem like a very benign, distant twinkle in the eye of old man time, but what if THIS is the year!?  Not the year of the apocalypse, but the PINBOTCALYPSE!!


The year is 2099!  A vicious chain of political- and revenge-fueled attacks have left the world a ravaged shell of what it used to be.  The main strategy of each side comprised of pin-pointed surgical strikes against the opponent's fossil fuel reserves.  In the midnight of bloody war, Dr. Jujoji devises a long-range form of maser wave that not only rendered fossil-fuel driven devices useless, but also triggered a molecular chain reaction that ignited all sources of fossil fuel.

Under the terrible blanket of perpetual smoke, the horribly mutated survivors battle each other for control of Earth's alternative energy sources.  They roam Earth's hideous visage in mightmarish hate-chassises made from one of the only electricity-based machines to survive the war...PINBALL MACHINES 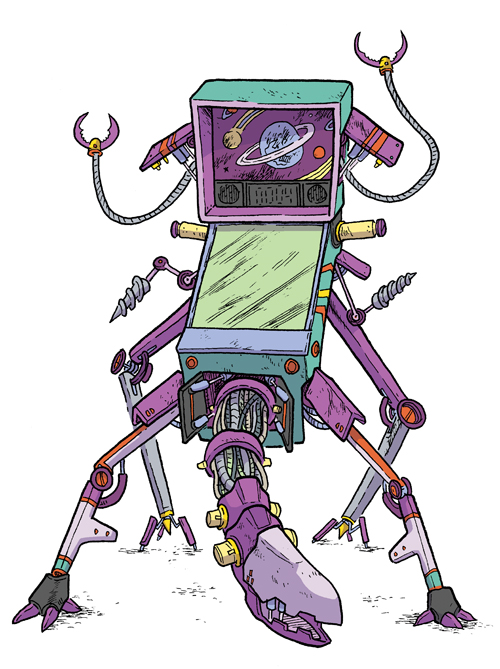 Behold!  The rise of the Pindroids and their mutated masters!  Wretched slave drivers that FLIP the twisted robots into battle!  Earth barely survived the war!  Can she survive the terrible TILT of the Pindroids!? 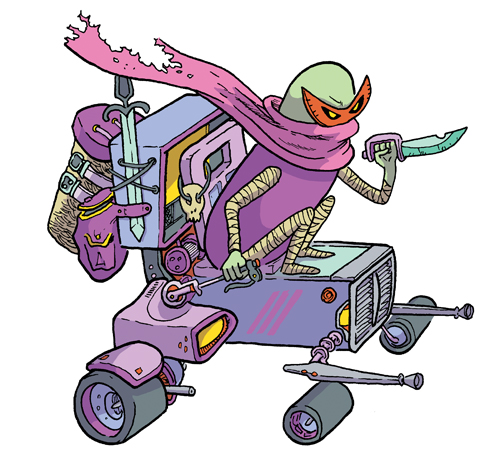 When the smoke clears will humanity have any chance at a REPLAY?!  Or have we exhausted our last CREDIT?! 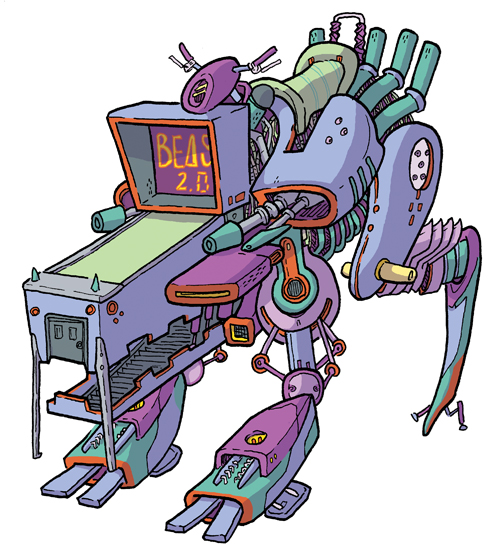